How healthy is sourdough pizza?

As well as the flavour and texture, many people turn to sourdough pizza for the potential health benefits it has to offer.

On the surface of it, sourdough pizza is not too different to regular pizza nutritionally. After all, they contain the same amount of calories and have the same fat content.

However, there are some key differences which arise as a result of sourdough’s unique fermentation.

How many calories are in a Sourdough Pizza?

In a 10 inch Margherita (Neapolitan style) sourdough pizza there are around 930 calories. This is the same amount of calories as a regular Margherita pizza.

Bear in mind that there are just 525 calories in the dough itself. So almost half of the calories in a Margherita come from the toppings themselves.

In a sourdough Marinara pizza (tomato, garlic, oregano) for example, there are just 640 calories. This includes a drizzle of olive oil (which is high in calories).

Feel free to check out my article on the healthiness of Neapolitan pizza here.

But the potential health benefits ascociated with sourdourgh pizza don’t relate directly to the nutritional value.

One of the biggest claims of sourdough pizza relates to its digestibility. Many people who struggle to eat regular pizza find sourdough pizza to be easier on the gut and they tend to experience less bloating.

There haven’t been enough studies carried out yet to find out exactly why this might be. But there are some theories.

One of these theories is that sourdough contains significantly less gluten since the long fermentation breaks a lot of it down.

But this doesn’t help celiacs since sourdough pizza definitely still contains gliadin – the protein in gluten that causes problems. Also, if we’re to believe that a long prove is the answer then is a regular long prove dough just as beneficial as sourdough?

As you can see, I still have plenty of unanswered questions on this.

But if you’re someone that’s only intollerant to gluten, perhaps it’s worth trying long prove doughs and sourdoughs in particular. A lower gluten content could be just the ticket.

Is sourdough pizza easier to digest?

I think many people tend to believe that sourdough pizza contains probiotics. These are the “good bacteria” which live in your gut. They provide many health benefits, including aiding in deigestion.

Unfortunately, sourdough pizza in fact does not contain probiotics. The dough itself may well do before it’s cooked, but no bacteria is surving the cooking process, good or not.

On the positive side though, cooked sourdough pizza still contains prebiotics. These are nutrients that feed the probiotics. They essentially act like a fertiliser for the “good bacteria” in your gut.

This could well help to improve digestion of pizza, as well as other foods too.

At the end of the day, I think that eating any type of pizza regularly probably isn’t the best thing for your health. But eating pizza every now and then surely can’t be too bad for you, especially if it’s Neapolitan pizza.

If you haven’t already, check out my article on the healthiness of Neapolitan pizza here.

I think the evidence seems to suggest that sourdough pizza is a healthier option to regular pizza. But it probably won’t help with weight loss, since it still has quite a high calorie content.

It would seem that sourdough could be most beneficial to those that have a gluten intollerance (not celiacs). If you’re someone that struggles with bloating and indigestion, it could well be worth trying sourdough pizza.

If you do, be sure to let me know how you get on in the comments below.

For me, the taste of sourdough is the main selling point but it’s nice to know that it could be helping my gut too.

Now it’s time to have enjoy some sourdough pizza! 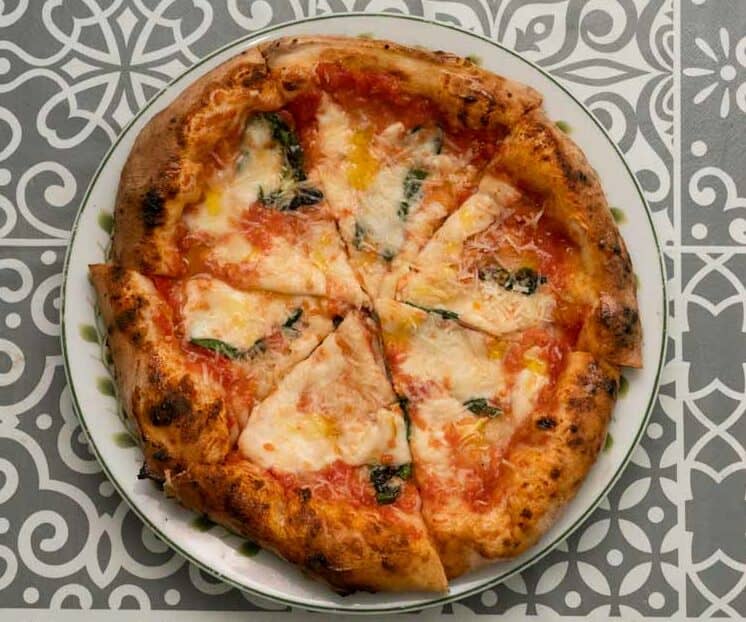 What is sourdough pizza? Essentially, sourdough is just a different way of making pizza. There seems to be a lot... 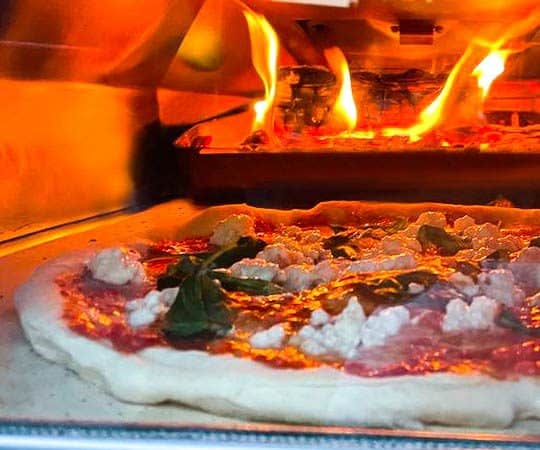 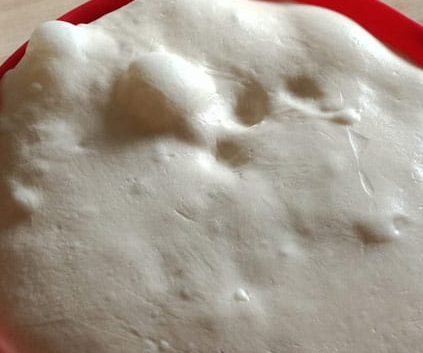 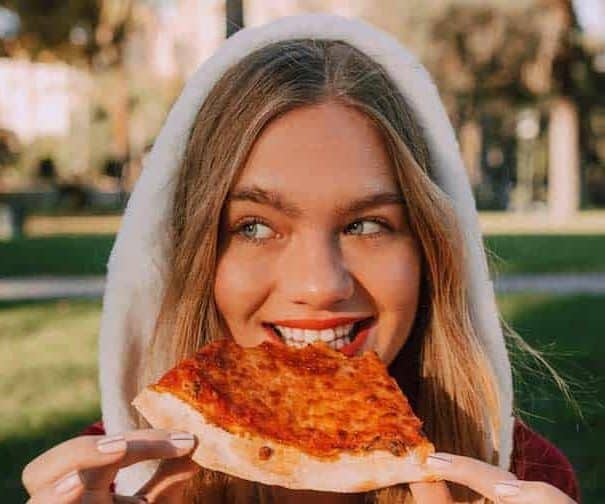 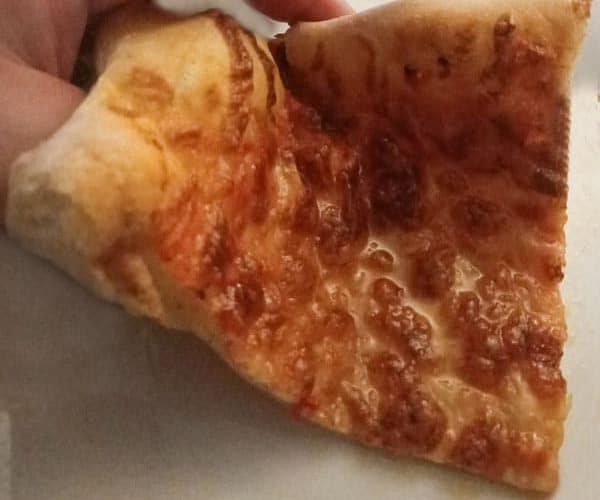